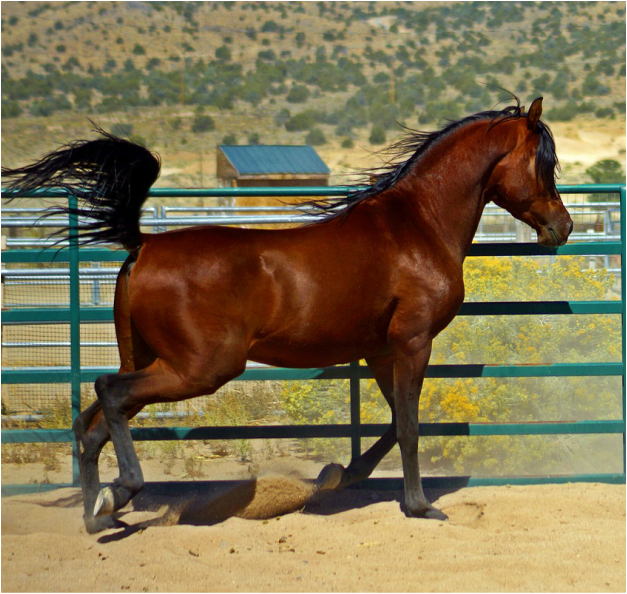 ULTIMATE EL SHAKLAN is the youngest son of one of the world's most treasured stallions, *EL SHAKLAN, out of a mare from lines noted for their extreme Arabian type. ULTIMATE EL SHAKLAN represents the nick of *EL SHAKLAN on a mare of Egyptian and Spanish lines, which is one of his most successful combinations of blood in the Arabian world. He offers an exceptional opportunity to access the blood of his sire close up.

ULTIMATE EL SHAKLAN's dam is halter champion and champion producer  ULTIMATE FANCY. He is her only breeding offspring in the U.S.A as all of her others have been exported to Europe or the Middle East.Her offspring are highly sought after worldwide, with daughters exported to Saudi Arabia and Germany. Her daughter DAKAREE was bought by Al Shaqab Stud to breed to *MARWAN AL SHAQAB. DAKAREE is the dam of six times National reining winner CHIC MAGNET+.